Several months ago we took a trip to the Pacific coast. It’s just barely an hour’s drive from our house so it’s something we do frequently, every chance we get a spare sunny day.  After a few hours of playing in the sand and surf, my oldest son Charlie, 4 years old, brought over a barnacled, long ago abandoned hermit crab shell and asked me if we could please take it home.

There was nothing seemingly special about this shell… it wasn’t shiny or colorful, there was no living creature inside, and it even had a few cracks and holes, worn away by who knows how long it spent being tossed around by the waves. To the average adult eye, it was worthless, but of course I told him he could bring it along.

For the entire drive home, he clutched the shell tightly in his grasp; every time I glanced in the rearview mirror I caught him turning it over and inspecting it, barnacle by barnacle. As soon as we got home the shell was granted an honorary space in Charlie’s treasure box, hidden away in his closet where his younger brother couldn’t find it. For the next couple of days, Charlie brought his shell out – inspecting it with his magnifying glass, showing his friends, showing his grandparents on Skype, and repeatedly reminding me of the details on the shell and regaling me with his knowledge of hermit crab life.

After a few days, however, the shell came out less and less and eventually fell to the bottom of the treasure box, buried by newfound tokens and treasures from Charlie’s many adventures.

Just the other day, Charlie and I were reading a book about undersea habitats and sea creature life. When we got to a page about hermit crabs, in mid-sentence Charlie jumped off the couch and ran to his closet. I heard him rustling through his treasure box. Soon, he came skipping back out with the dirty, old shell held high in the air and a big grin on his face.

“Mommy, Mommy,” he exclaimed, “do you remember when I found this shell on our trip to the beach!? This was a hermit crab shell just like in the book. The crab that lived in here must have gotten too big for its shell and found a new home. That’s why the shell was empty when I found it!” Grinning from ear-to-ear with the connection that he had just made and the memories floating past his mind’s eye, he sat on the couch daydreaming while we continued reading the story.

First of all, from an academic standpoint, Charlie had what we in the education world would call a “text-to-self connection.” After reading something in a story, Charlie was reminded of something in his own life that helped him make a connection. In this case, the finding of a hermit crab shell.

Now you may think that this is something that is obvious and you might be confused as to why this is even a named skill. But let me tell you — as a former fifth-grade public school teacher, I can tell you that an extensive amount of time was spent each year teaching 10 and 11-year-olds exactly what it means to have a text-to-self or text-to-world connection and helping them come up with examples of these connections. Simply having this old shell on hand helped Charlie make this connection in a meaningful way, early on in life.

The other incredible thing that happened in this moment is that Charlie had a tangible reminder of a memory. You see, young children have incredibly short attention spans and are very quickly moving from one moment to the next and one emotion to the another. Because of this fluid movement of our thoughts as young children, we have few memories that we carry from our early childhood for the rest of our lives. However, what this seemingly worthless crab shell did in this moment was give Charlie a tangible object that he could feel and see and hold, to bring the memory of that adventure back to life in a very vivid way.

So when your child sticks a pebble in their pocket, or picks up a flower petal, or asks to bring home an oddly-shaped pine cone, remember that your child is creating and holding on to these precious childhood memories.

As adults, we can learn a lot from our children’s attention to detail and ability to slow down and see the beauty in the small things.

And maybe, just maybe, by encouraging and appreciating the simple childhood moments and collections, we won’t have to later teach our 10-year-olds that they are indeed connected to stories, to others, to the world, and most importantly, to themselves. 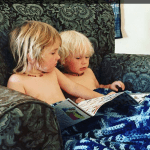 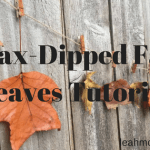 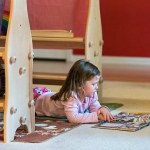